How much money does a person working in Korea (North) make?

Distribution of Salaries in Korea (North) 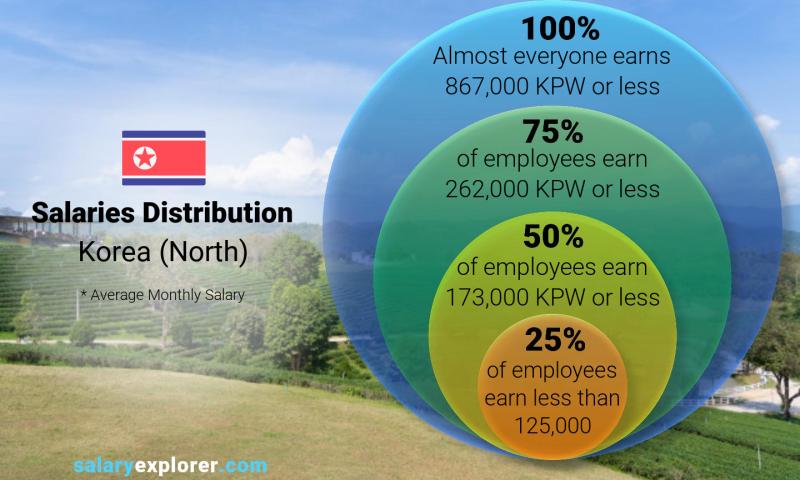 Though gender should not have an effect on pay, in reality, it does. So who gets paid more: men or women? Male employees in Korea (North) earn 6% more than their female counterparts on avergae across all sectors.

How much are annual salary increments in Korea (North)? How often do employees get salary raises?

Employees in Korea (North) are likely to observe a salary increase of approximately 4% every 29 months. Listed above are the average annual increase rates for each industry in Korea (North) for the year 2022. Companies within thriving industries tend to provide higher and more frequent raises. Exceptions do exist, but generally speaking, the situation of any company is closely related to the economic situation in the country or region. These figures tend to change frequently. 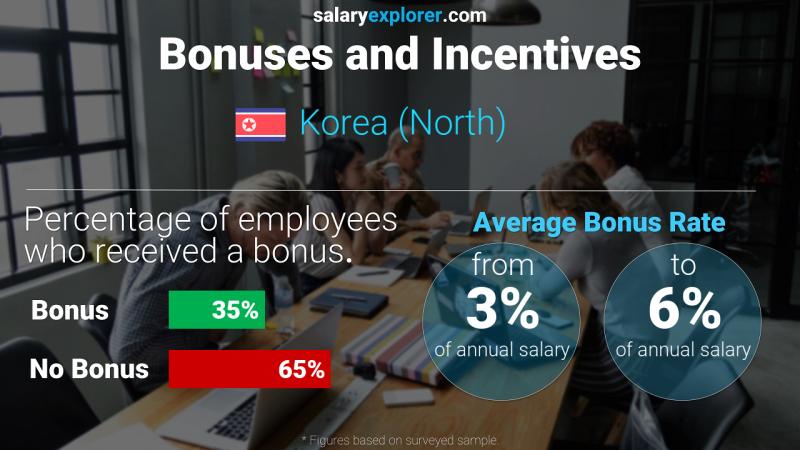 65% of surveyed staff in Korea (North) reported that they haven't received any bonuses or incentives in the previous year while 35% said that they received at least one form of monetary bonus.