How much money does a person working in Morocco make?

Distribution of Salaries in Morocco 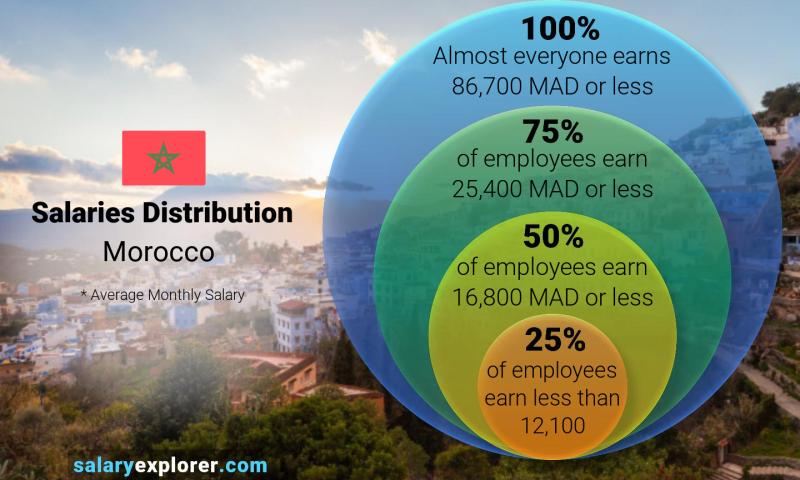 
Salary Trend and Forecast in Morocco

How are Morocco salaries changing over time? Listed below is a chart that shows the average salary over the past few years. Percentage increase and decrease are relative to the previous value
Salaries in Morocco are on the rise in the year 2020 based on recent submitted salaries and reports. As displayed in the chart, salaries in 2020 are 3% higher than those of 2019. The trend suggests a slow yet continous increase in pay in 2021 and future years. These numbers differ slightly from industry to another.

The average hourly wage (pay per hour) in Morocco is 140 MAD. This means that the average person in Morocco earns approximatly 140 MAD for every worked hour.