How much money does a person working in Banking make in Morocco? 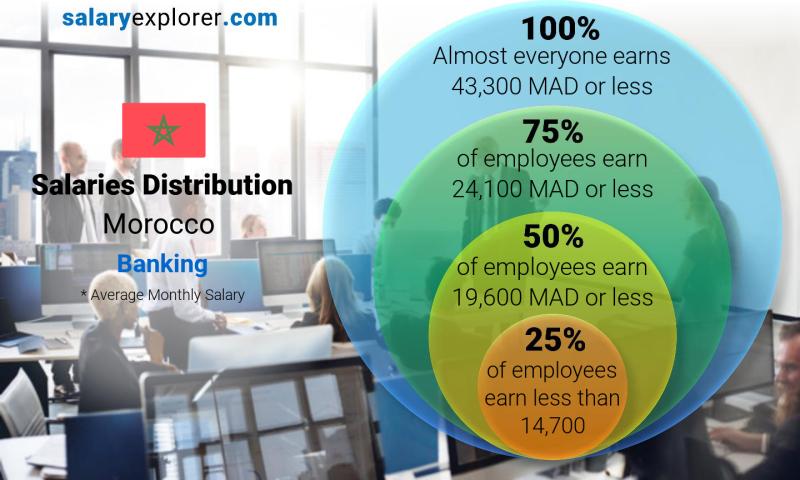 How much are annual salary increments in Morocco for Banking professionals? How often do employees get salary raises?

Banking professionals in Morocco are likely to observe a salary increase of approximately 11% every 15 months. The national average annual increment for all professions combined is 9% granted to employees every 17 months. 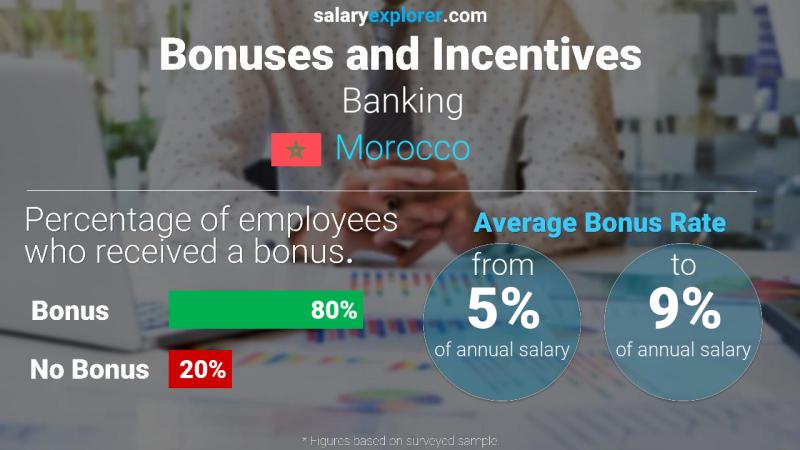 Where can you get paid more, working for a private company or for the government? Public sector employees in Morocco earn 8% more than their private sector counterparts. Share This Chart  Tweet      Get Chart Linkhttp://www.salaryexplorer.com/charts/morocco/banking/salary-trends-and-forecast-monthly-morocco-banking.jpg
Percentage increase and decrease are relative to the previous value

Banking salaries in Morocco are rising in the year 2020 based on recent submitted salaries and reports. As displayed in the chart, salaries in 2019 are 3% higher than those of 2018. The trend suggests a slow yet continuous increase in pay in 2021 and future years. These numbers may vary from industry to another.

The average hourly wage (pay per hour) in Morocco is 160 MAD. This means that the average person in Morocco earns approximately 160 MAD for every worked hour.