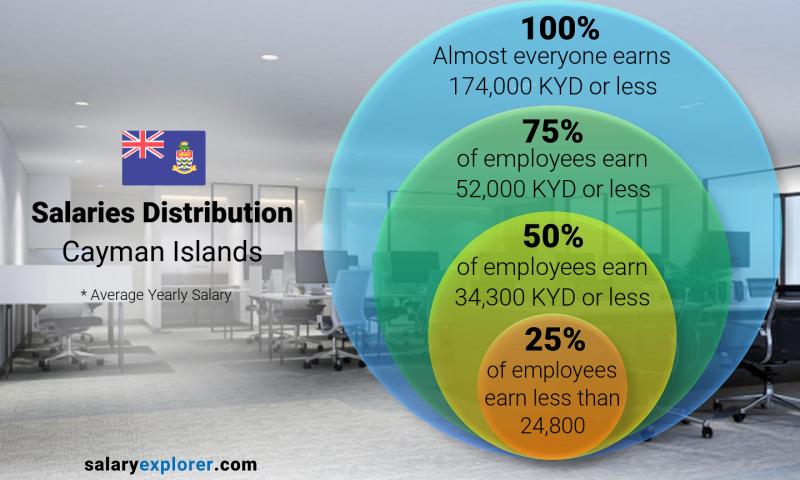 Though gender should not have an effect on pay, in reality, it does. So who gets paid more: men or women? Male employees in Cayman Islands earn 25% more than their female counterparts. 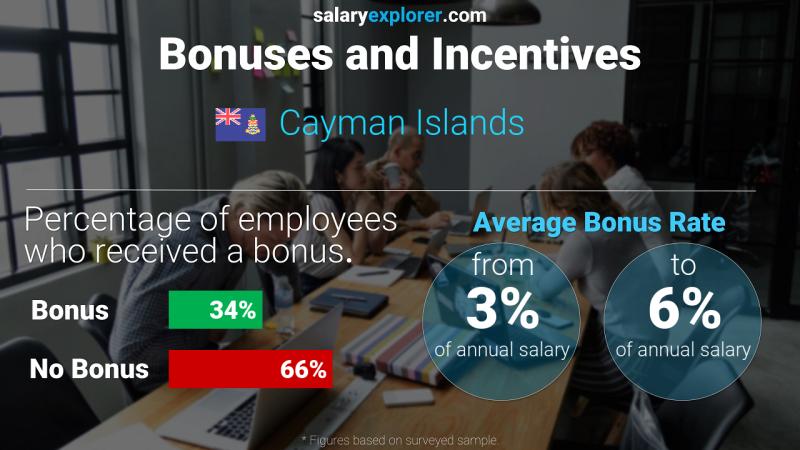 How are Cayman Islands salaries changing over time? The chart below shows the average salary change in the past few years. Share This Chart  Tweet      Get Chart Linkhttp://www.salaryexplorer.com/charts/cayman-islands/salary-trends-and-forecast-yearly-cayman-islands.jpg
Percentage increase and decrease are relative to the previous value

Salaries in Cayman Islands are on the rise in the year 2020 based on recent submitted salaries and reports. As displayed in the chart, salaries in 2019 are 3% higher than those of 2018. The trend suggests a slow yet continuous increase in pay in 2021 and future years. These numbers may vary from industry to another.