How much money does a person working in Cleaning and Housekeeping make in Djibouti?

A person working in Cleaning and Housekeeping in Djibouti typically earns around 99,800 DJF per month. Salaries range from 71,700 DJF (lowest average) to 152,000 DJF (highest average, actual maximum salary is higher). 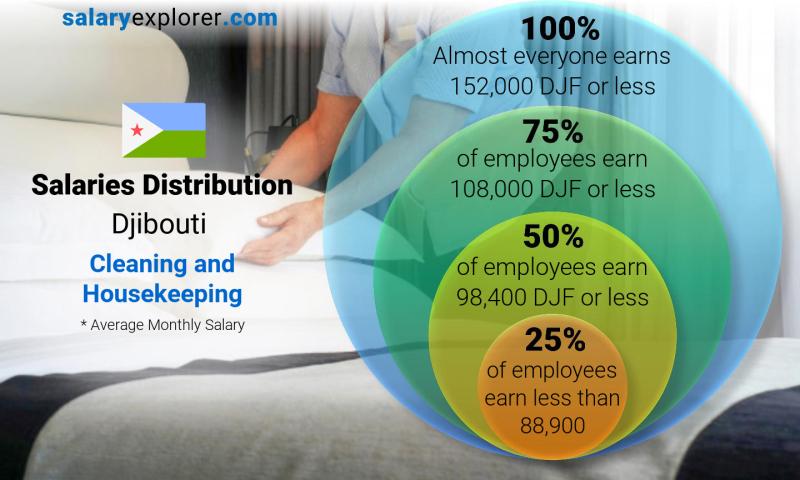 Though gender should not have an effect on pay, in reality, it does. So who gets paid more: men or women? Male employees in Djibouti who work in Cleaning and Housekeeping earn 15% more than their female counterparts on average.

How much are annual salary increments in Djibouti for Cleaning and Housekeeping professionals? How often do employees get salary raises?

Cleaning and Housekeeping professionals in Djibouti are likely to observe a salary increase of approximately 2% every 31 months. The national average annual increment for all professions combined is 4% granted to employees every 29 months. Cleaning and Housekeeping Bonus and Incentive Rates in Djibouti 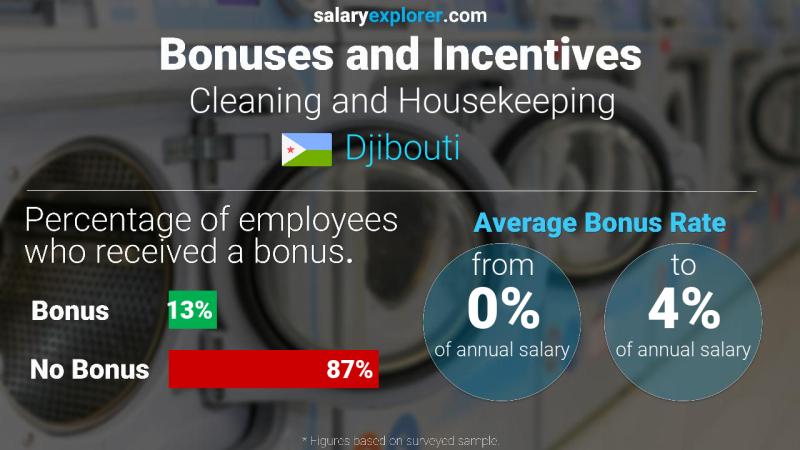 87% of surveyed staff in Cleaning and Housekeeping reported that they haven't received any bonuses or incentives in the previous year while 13% said that they received at least one form of monetary bonus.

The average hourly wage (pay per hour) in Djibouti is 580 DJF. This means that the average person in Djibouti earns approximately 580 DJF for every worked hour.