How much money does a person working in Doctor / Physician make in Berlin? 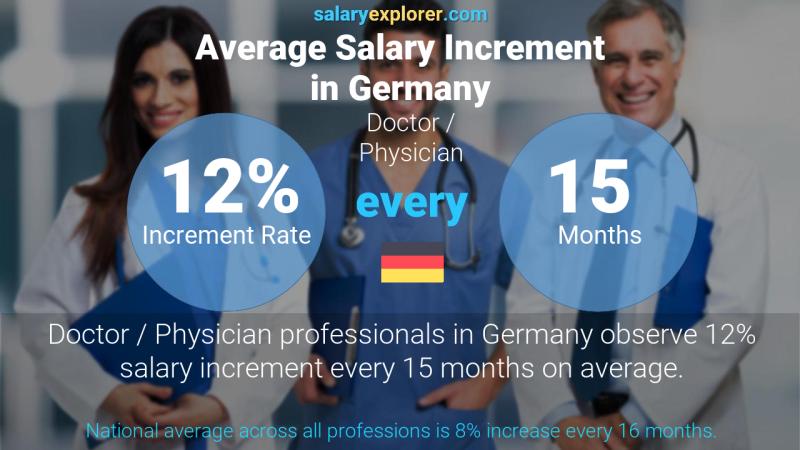 The average hourly wage (pay per hour) in Berlin is 180 EUR. This means that the average person in Berlin earns approximately 180 EUR for every worked hour.

Share This Chart  Tweet      Get Chart Linkhttp://www.salaryexplorer.com/charts/germany/berlin/health-and-medical/doctor-physician/salary-comparison-between-berlin-and-germany-monthly-doctor-physician.jpg
We compared Doctor / Physician salaries in Berlin and Germany and we found that Berlin salaries are 14% more than those of Germany.