IT Security Average Salaries in Tanzania 2021

How much money does a person working in IT Security make in Tanzania? 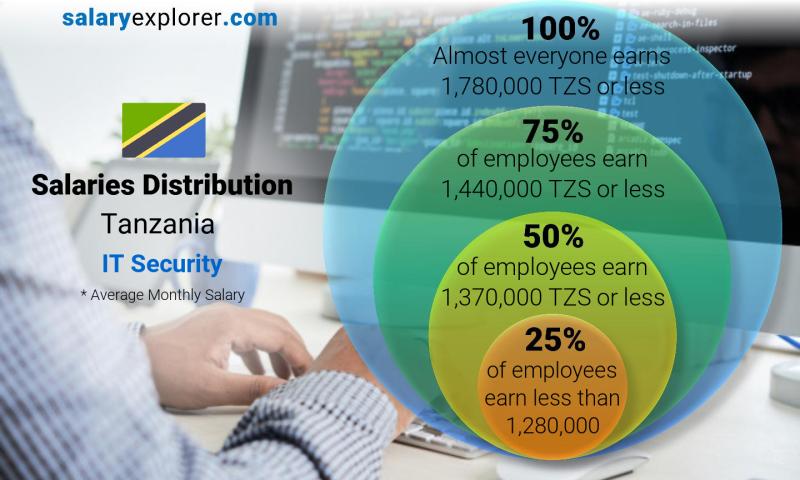 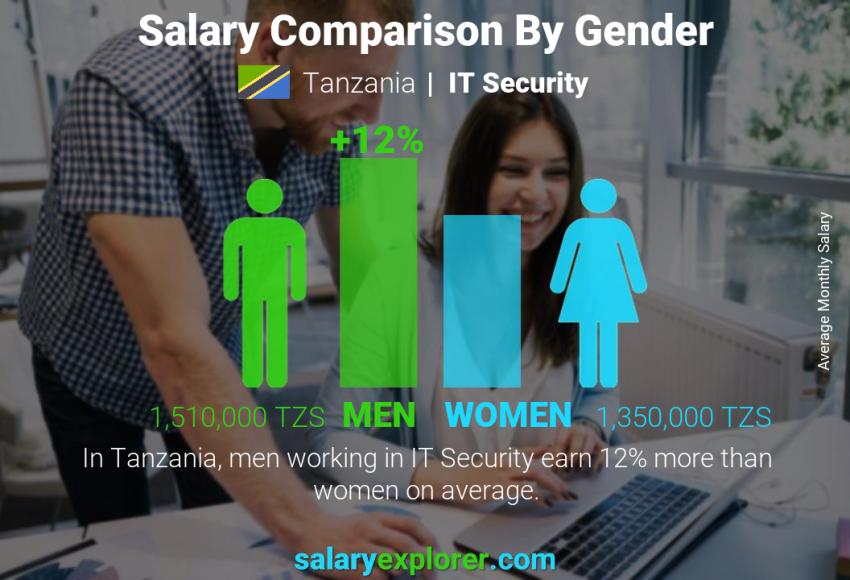 Though gender should not have an effect on pay, in reality, it does. So who gets paid more: men or women? Male employees in Tanzania who work in IT Security earn 12% more than their female counterparts on average.

How much are annual salary increments in Tanzania for IT Security professionals? How often do employees get salary raises?

IT Security professionals in Tanzania are likely to observe a salary increase of approximately 11% every 18 months. The national average annual increment for all professions combined is 8% granted to employees every 18 months. 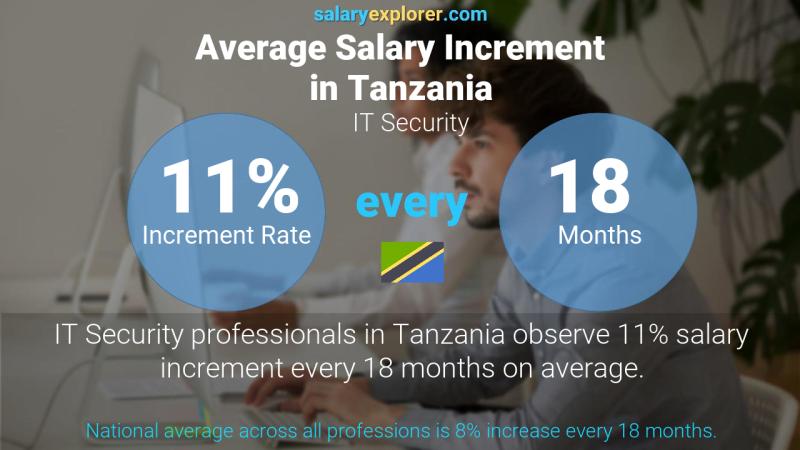 IT Security Bonus and Incentive Rates in Tanzania 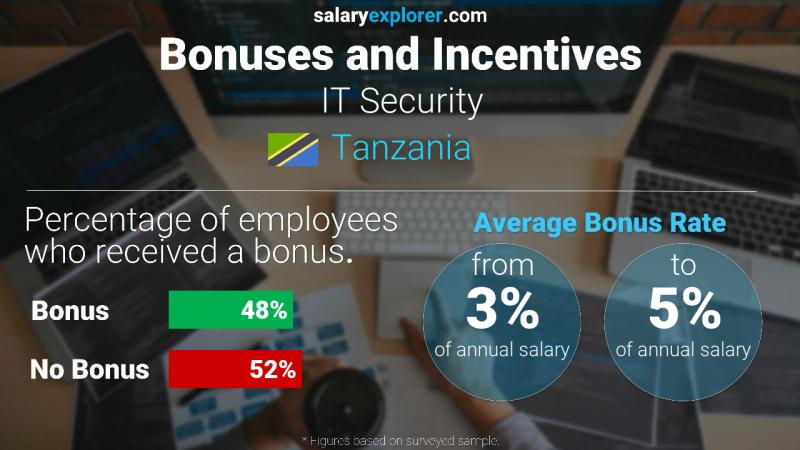 The average hourly wage (pay per hour) in Tanzania is 8,770 TZS. This means that the average person in Tanzania earns approximately 8,770 TZS for every worked hour.