How much money does an Android Developer make in Vietnam? 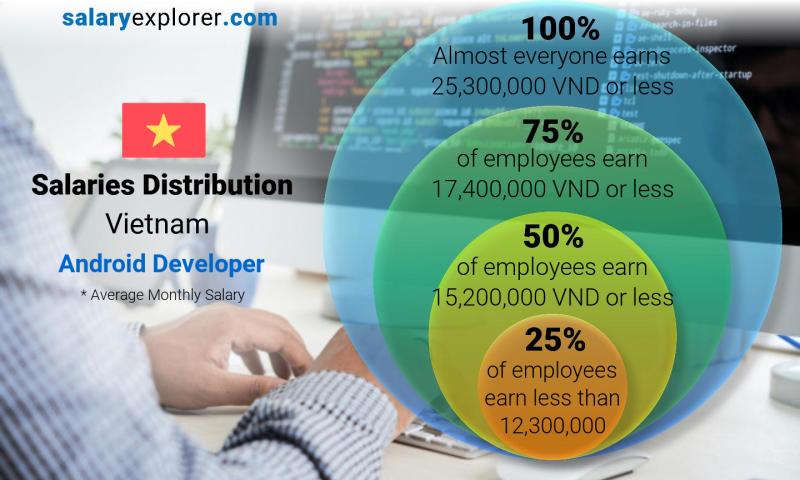 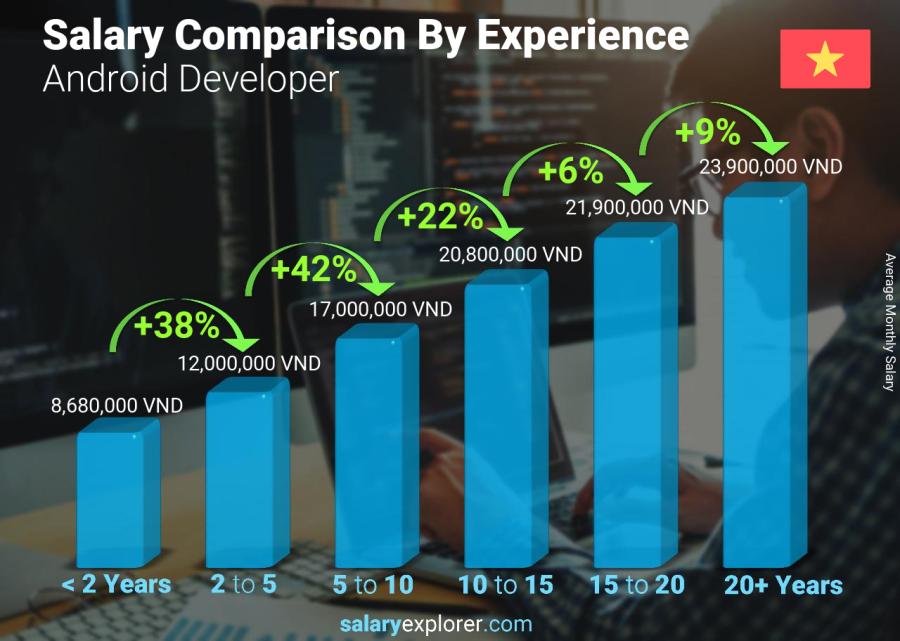 An Android Developer with less than two years of experience makes approximately 8,680,000 VND per month.

While someone with an experience level between two and five years is expected to earn 12,000,000 VND per month, 38% more than someone with less than two year's experience.

Moving forward, an experience level between five and ten years lands a salary of 17,000,000 VND per month, 42% more than someone with two to five years of experience.

Additionally, Android Developer(s) whose expertise span anywhere between ten and fifteen years get a salary equivalent to 20,800,000 VND per month, 22% more than someone with five to ten years of experience.

If the experience level is between fifteen and twenty years, then the expected wage is 21,900,000 VND per month, 6% more than someone with ten to fifteen years of experience. 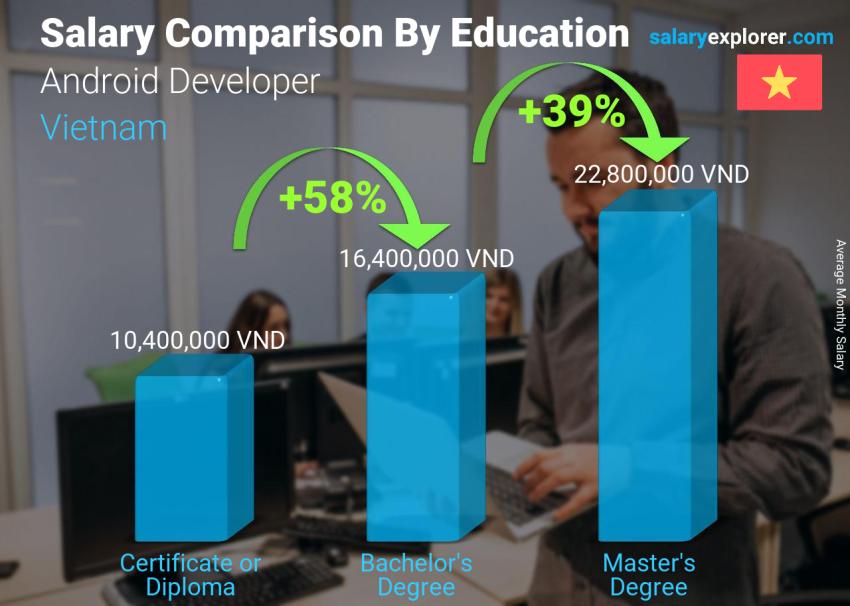 When the education level is Certificate or Diploma, the average salary of an Android Developer is 10,400,000 VND per month.

While someone with a Bachelor's Degree gets a salary of 16,400,000 VND per month, 58% more than someone having a Certificate or Diploma degree.

A Master's Degree gets its holder an average salary of 22,800,000 VND per month, 39% more than someone with a Bachelor's Degree. 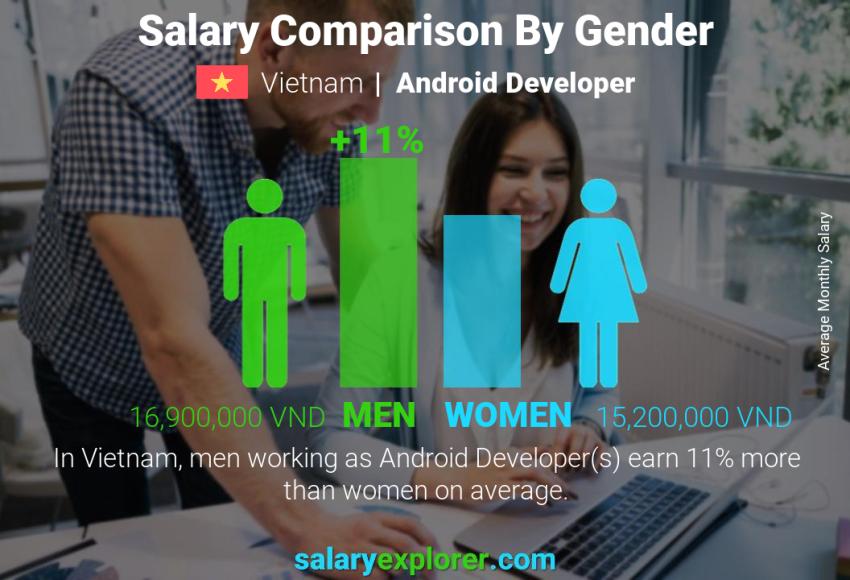 Though gender should not have an effect on pay, in reality, it does. So who gets paid more: men or women? Male Android Developer employees in Vietnam earn 11% more than their female counterparts on average.

How much are annual salary increments in Vietnam for Android Developer(s)? How often do employees get salary raises?

Android Developer(s) in Vietnam are likely to observe a salary increase of approximately 12% every 19 months. The national average annual increment for all professions combined is 9% granted to employees every 17 months. 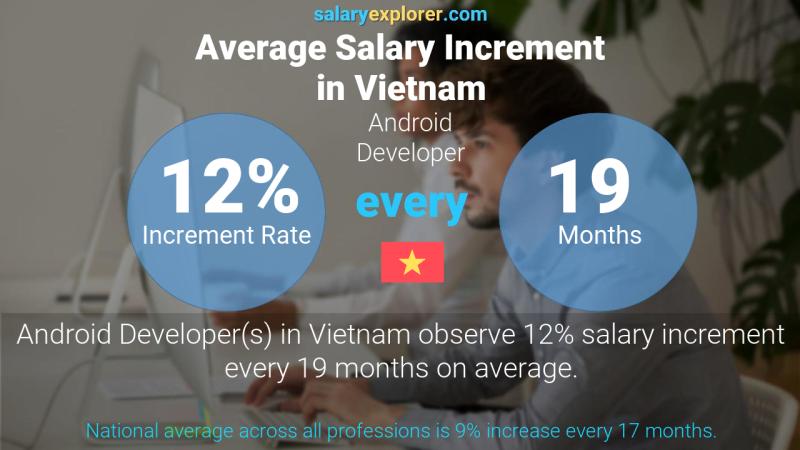 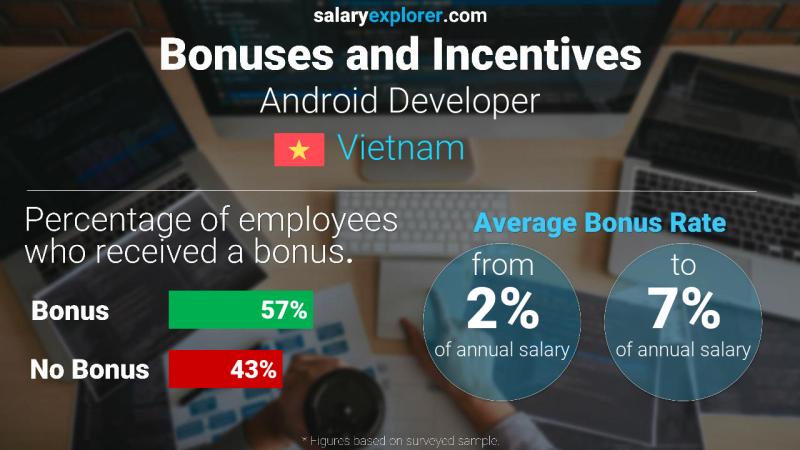 The average hourly wage (pay per hour) in Vietnam is 92,300 VND. This means that the average Android Developer in Vietnam earns approximately 92,300 VND for every worked hour.